Finished on the board 14 times in 17 starts

Won or placed in nine Graded stakes, including the Malibu Stakes (G1) and $1 Million Godolphin Mile (G2) at Meydan Racecourse 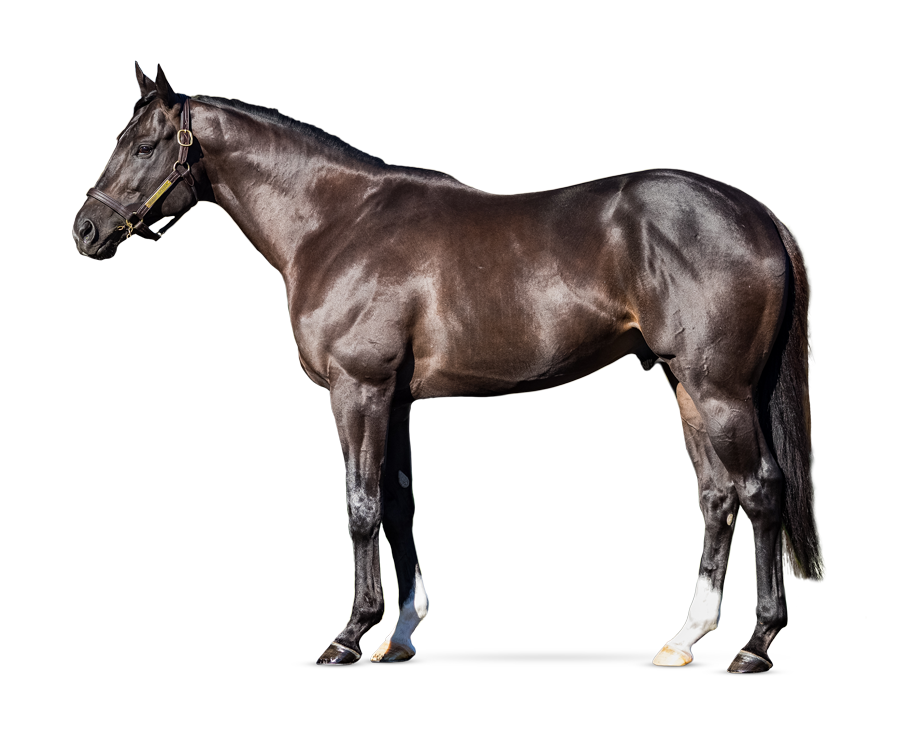 Sharp Azteca was the most consistently brilliant miler we saw this year. I actually think he’s one of the best milers we’ve seen in recent years.

By champion sire FREUD, a full brother to GIANT’S CAUSEWAY 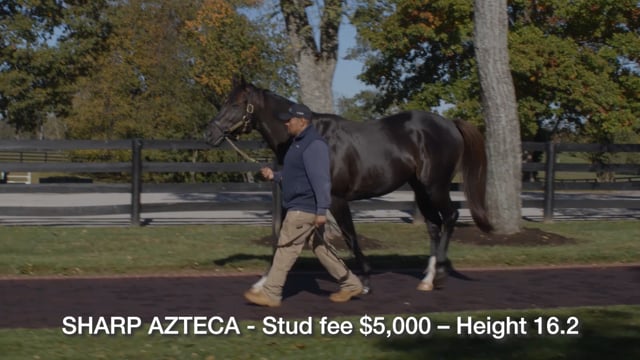 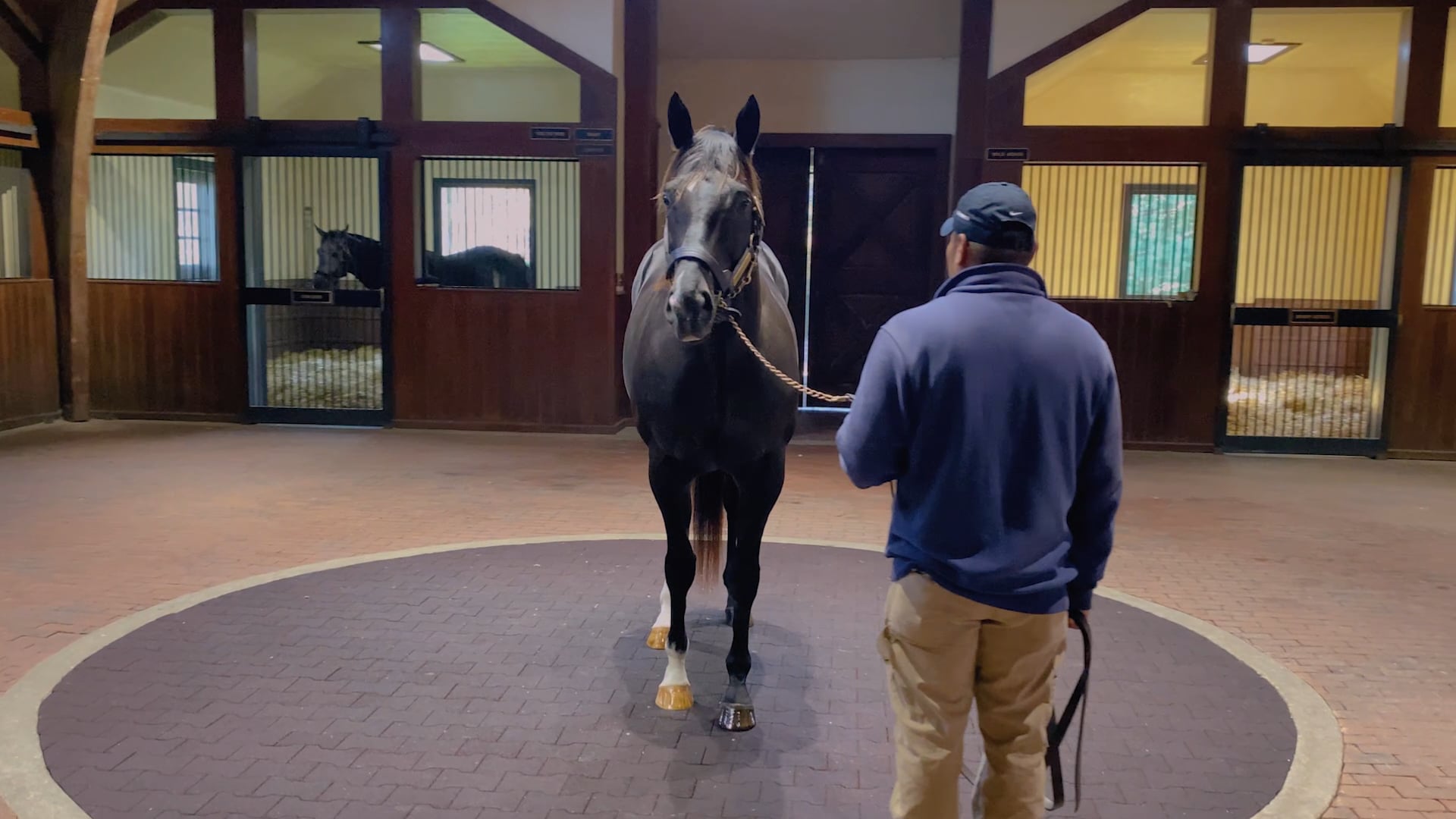 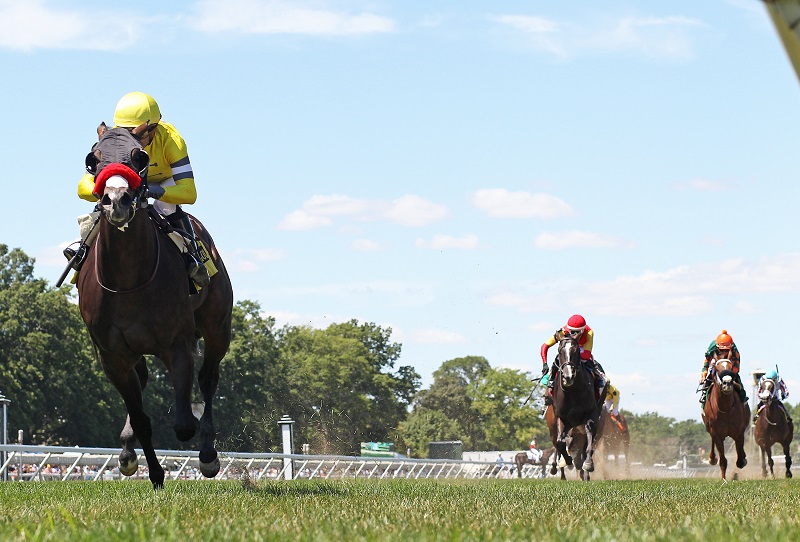 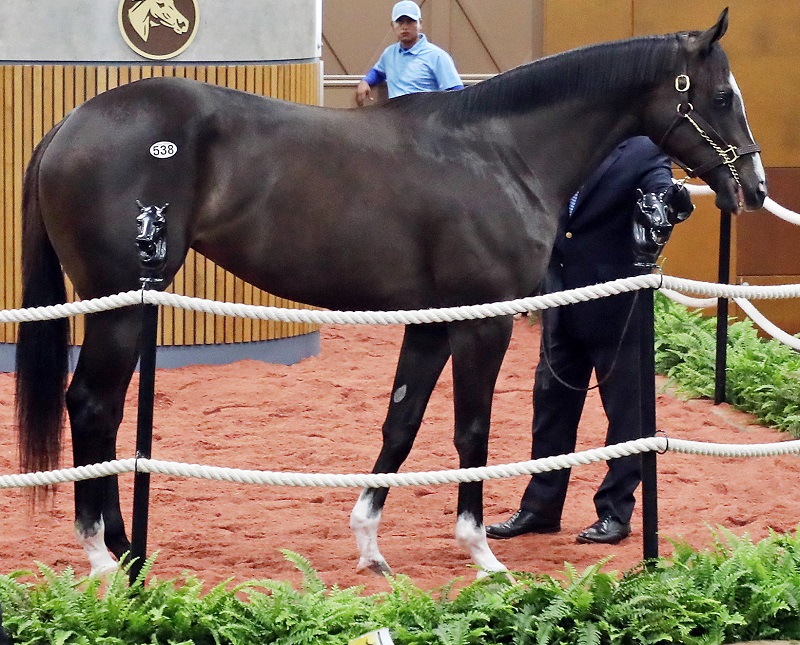 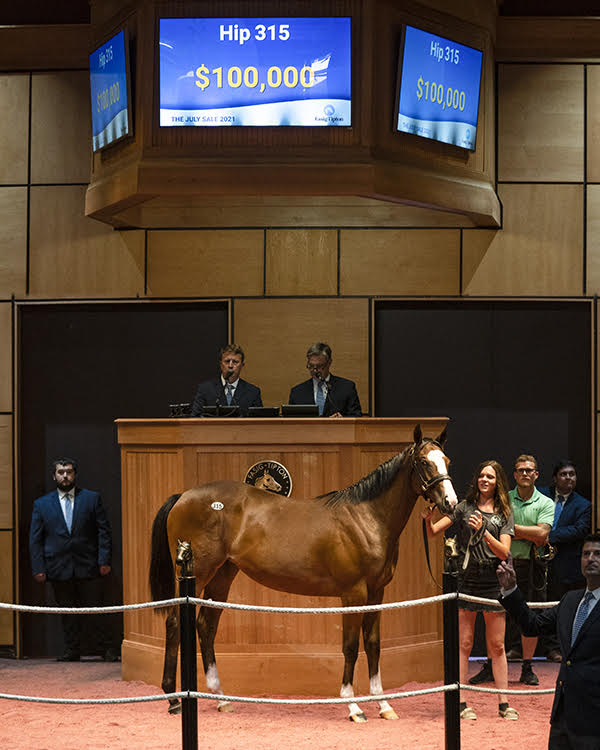 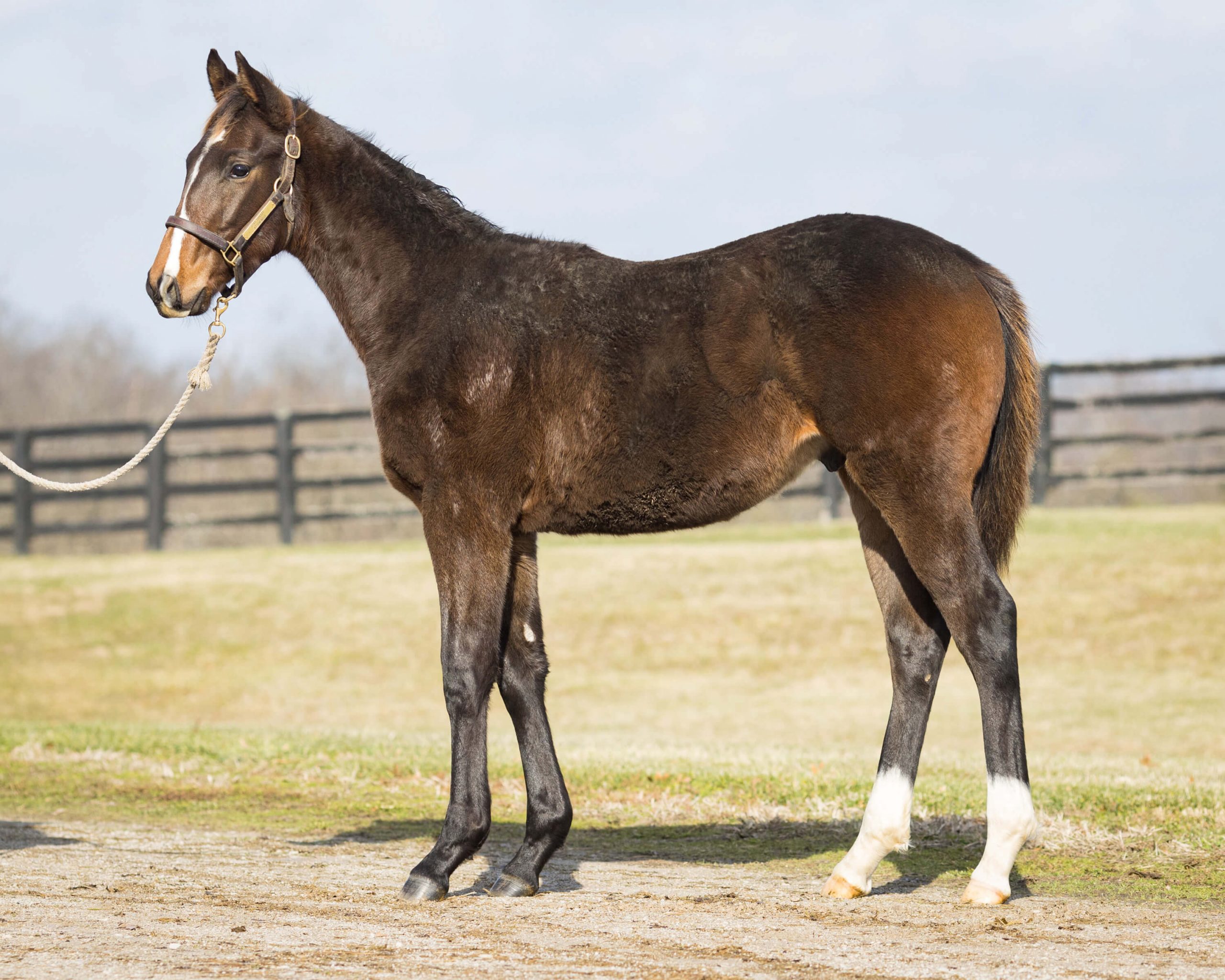 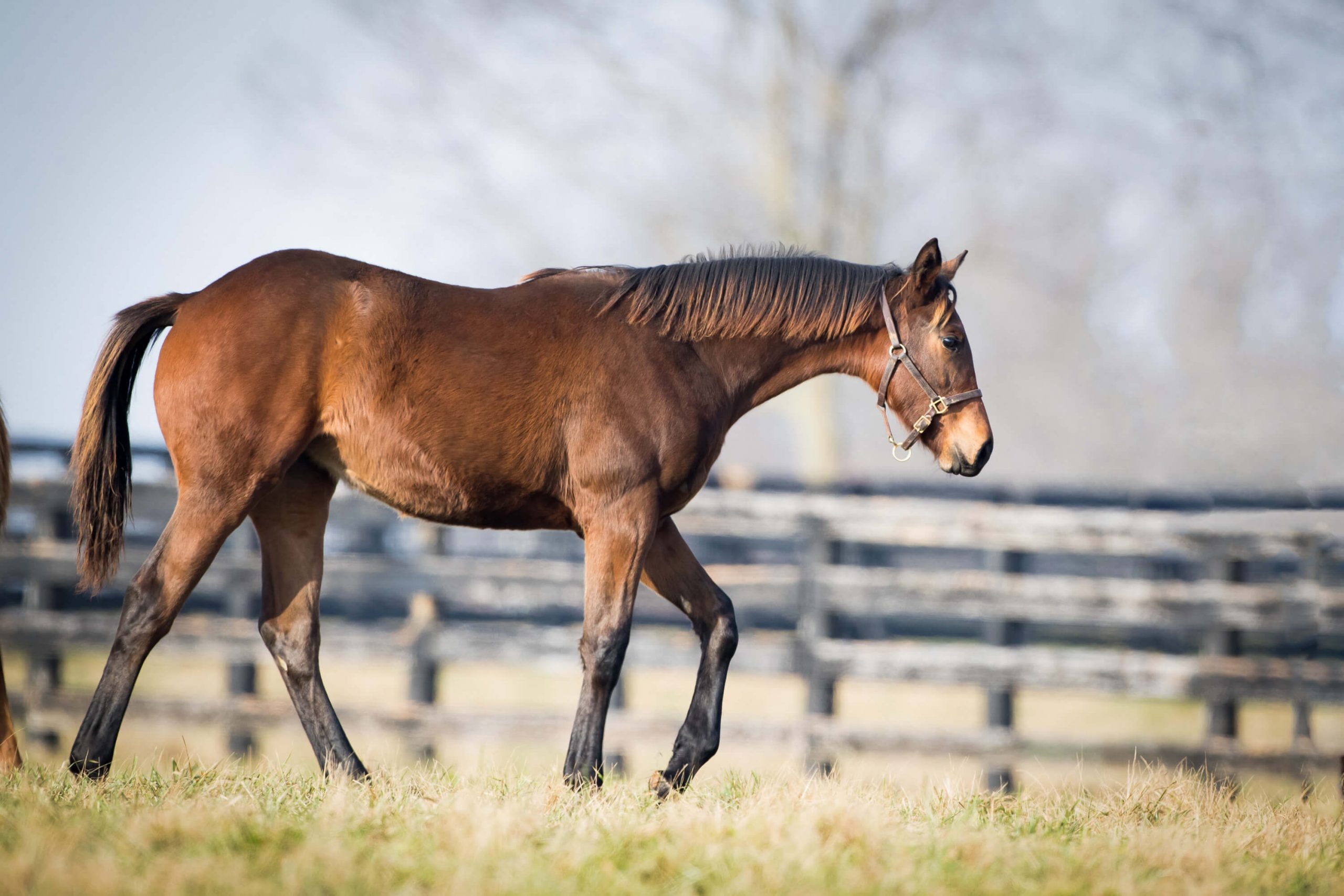 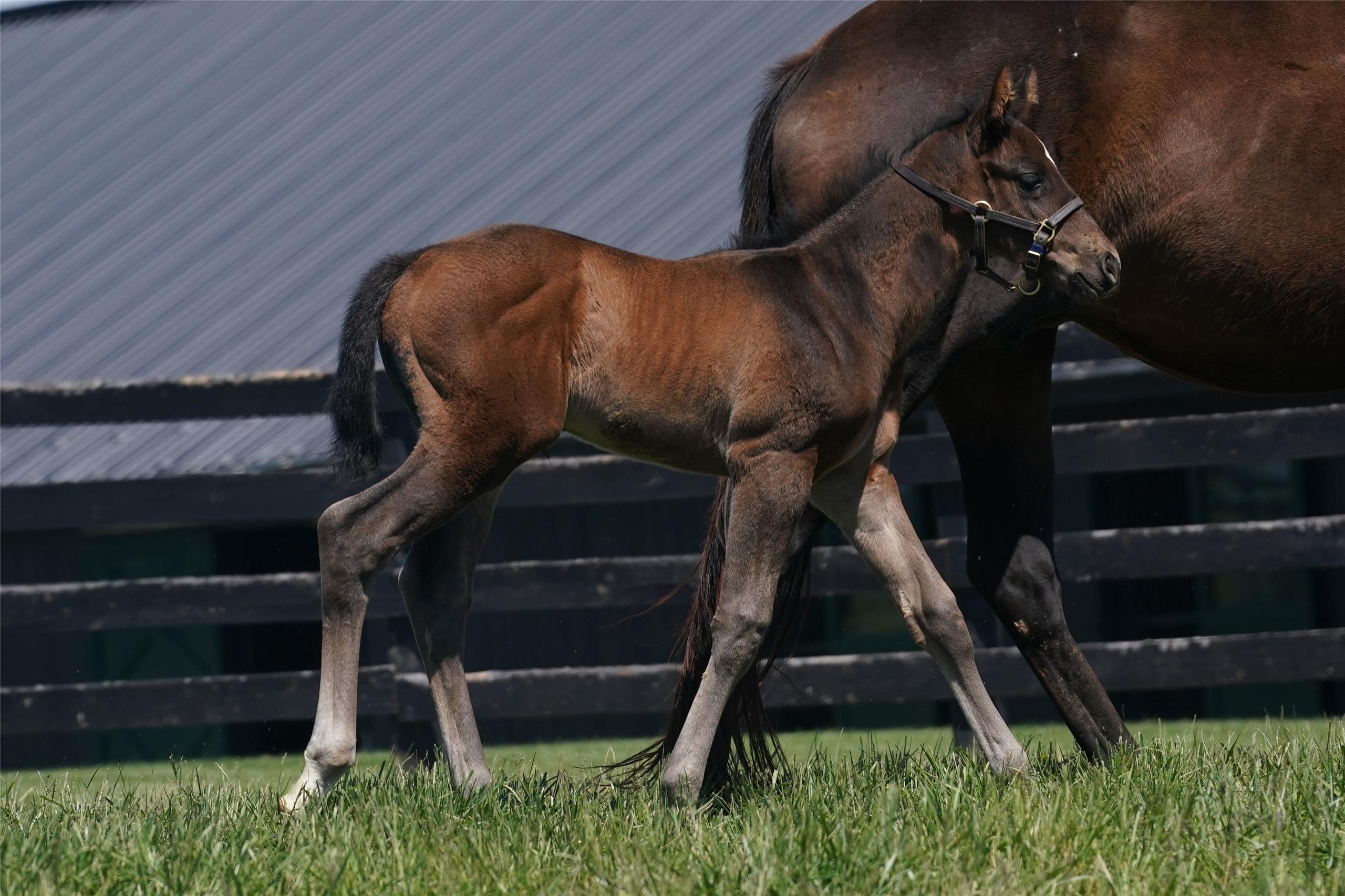 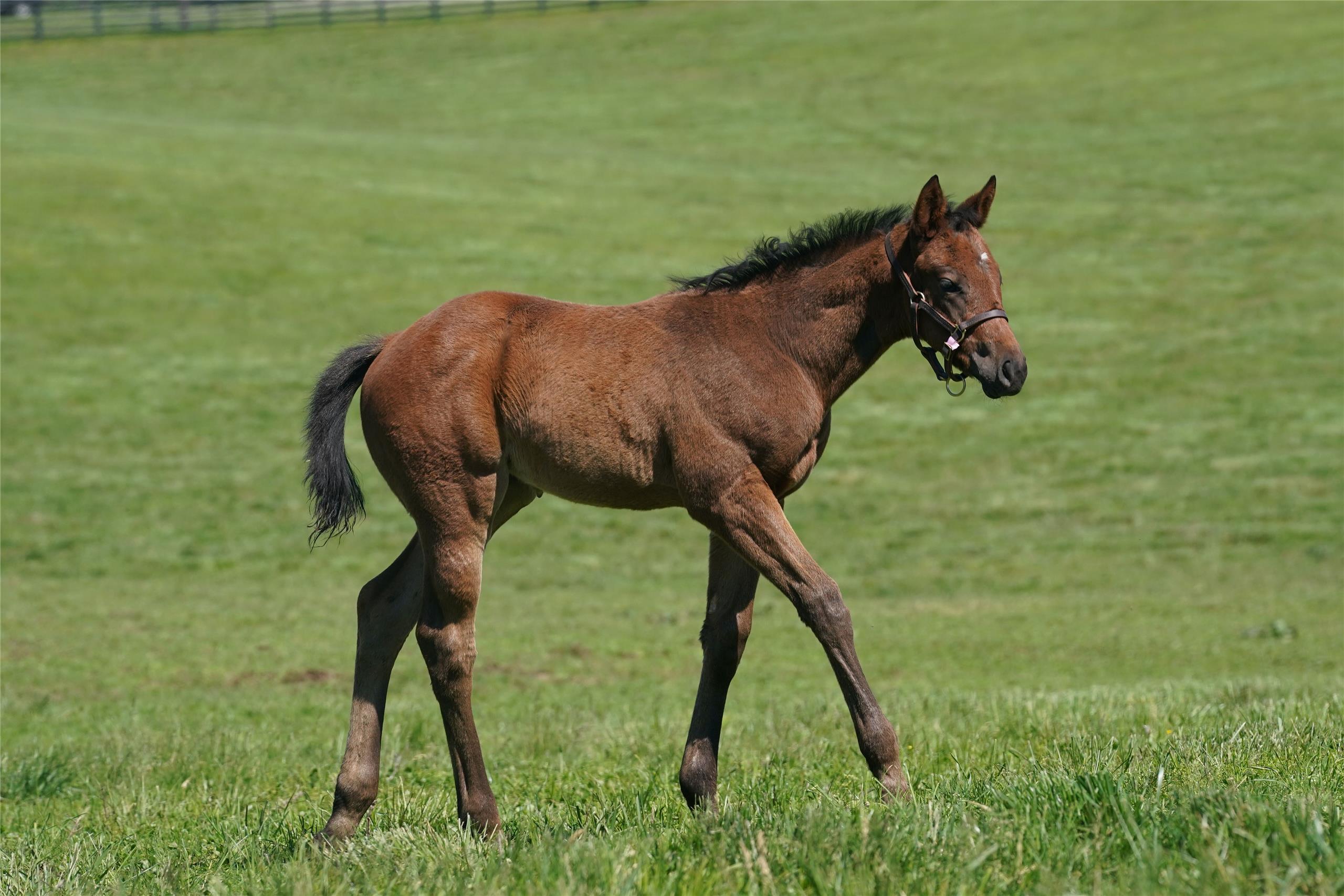 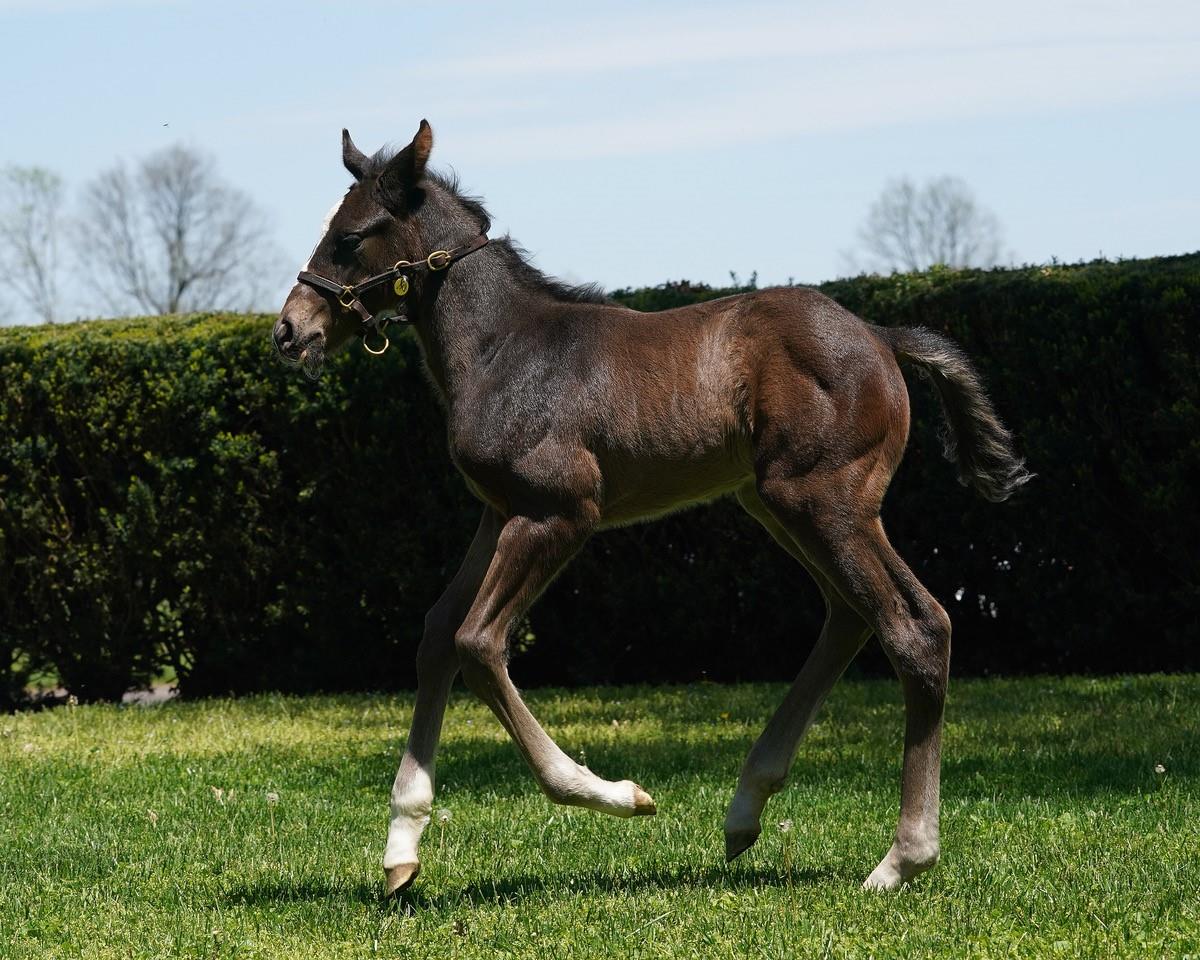 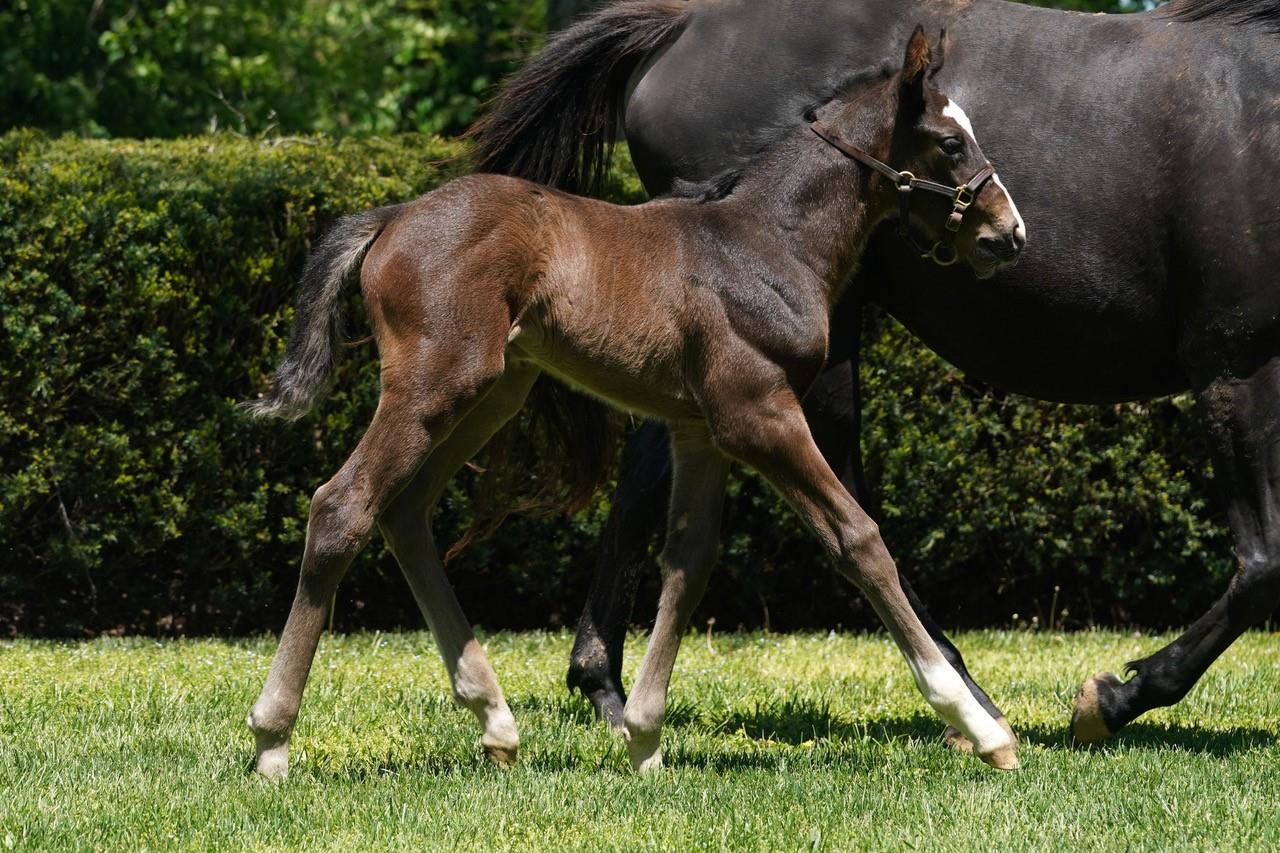 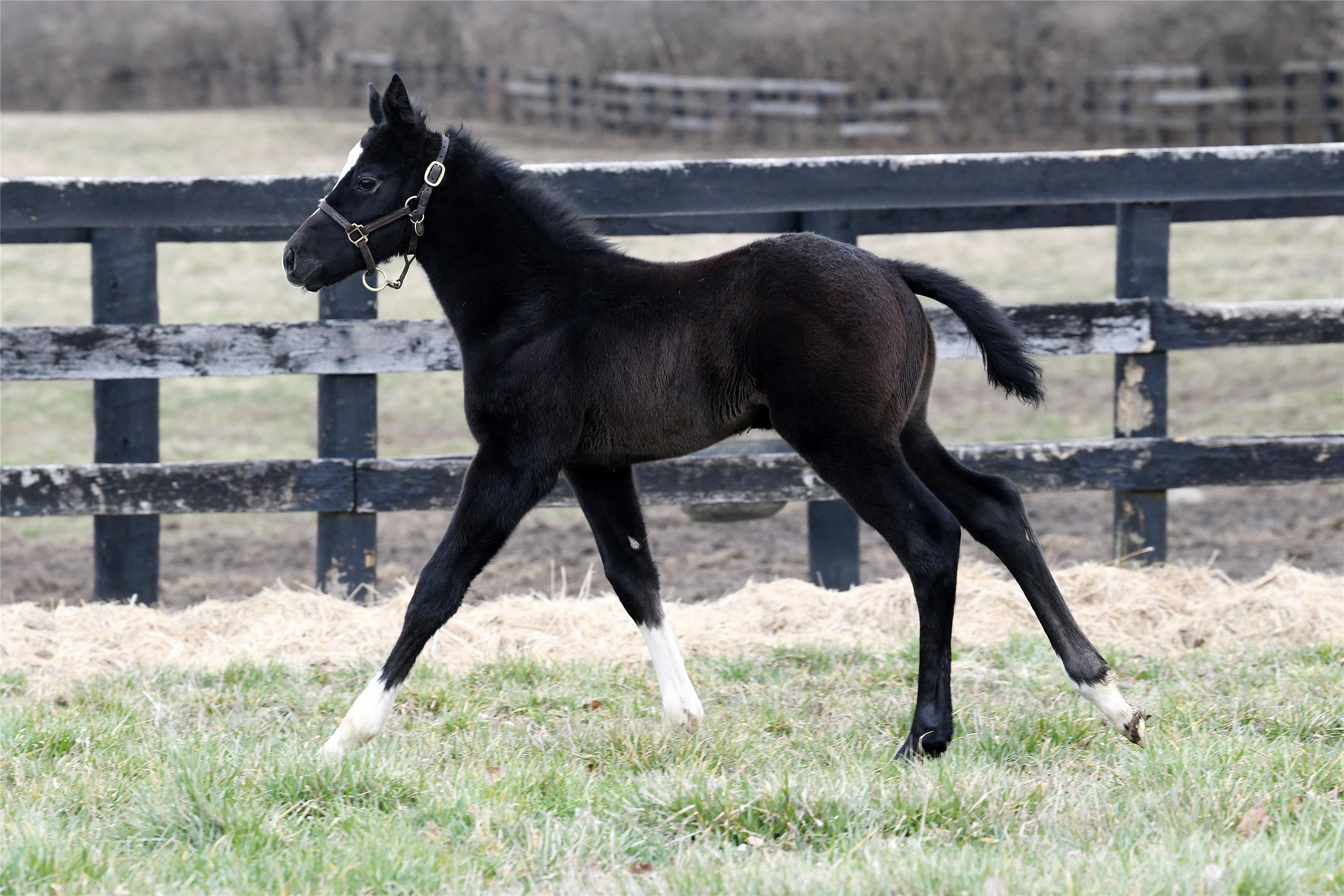 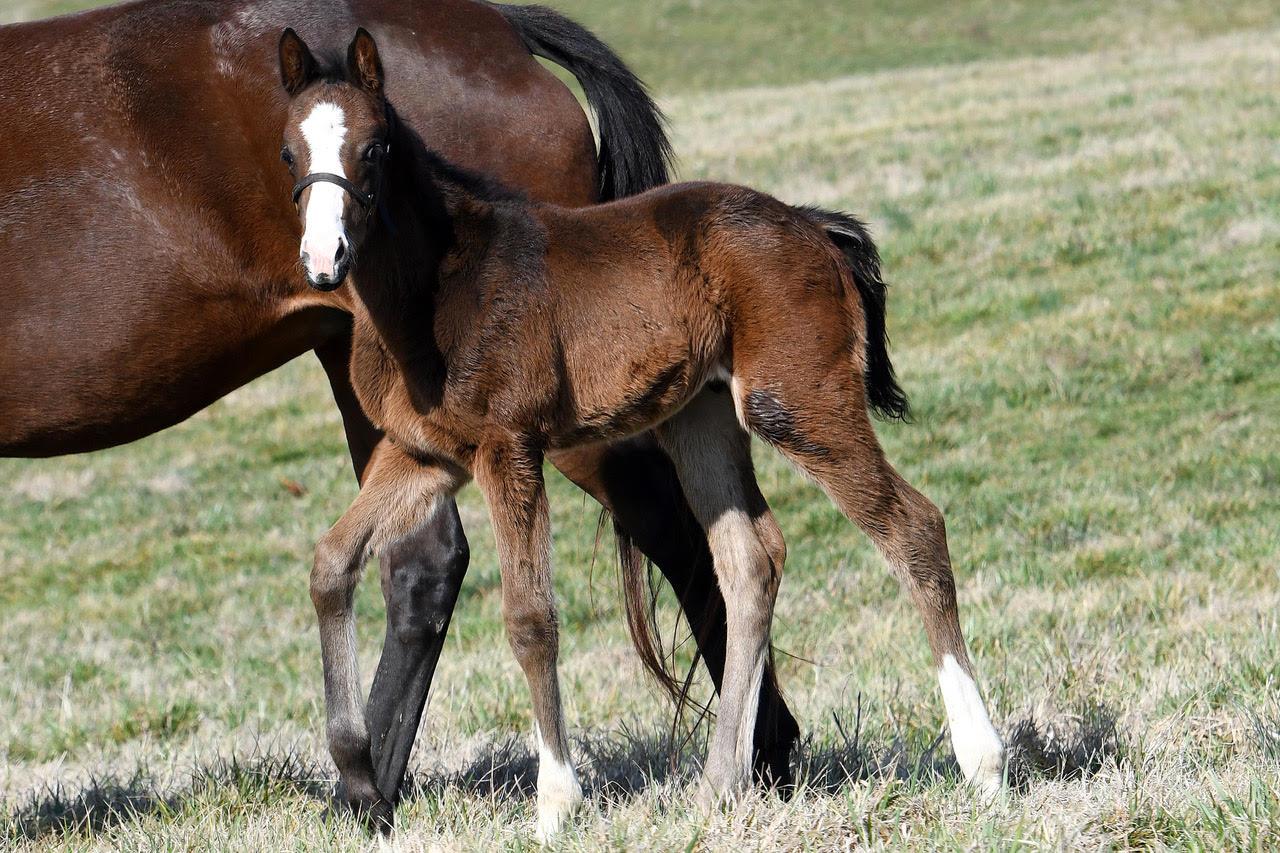 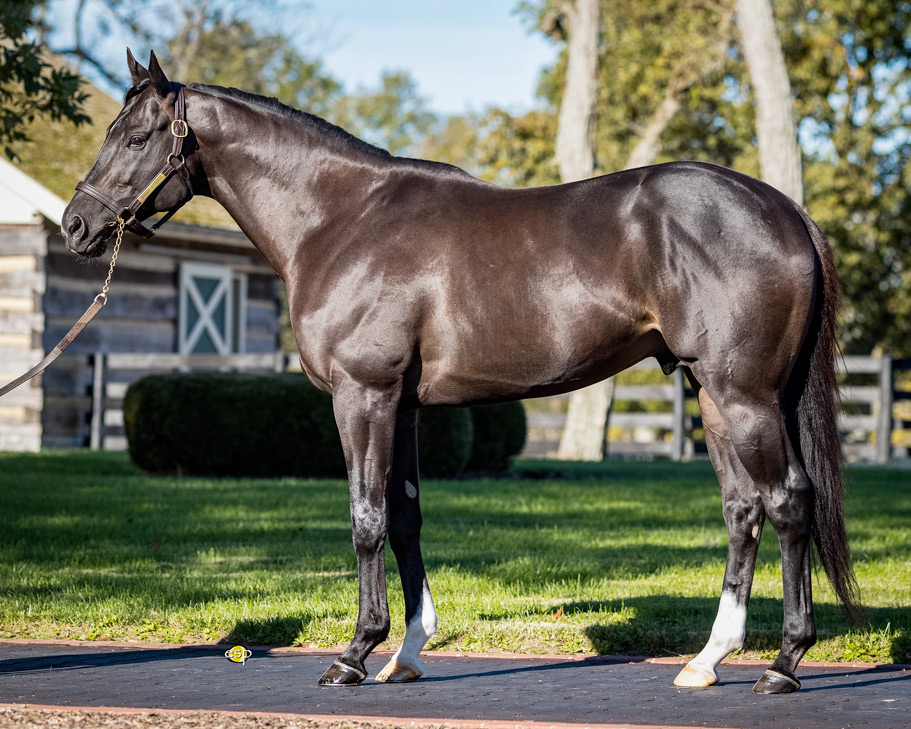 Media Darling put on quite a show in his Dec. 19 debut at Mahoning Valley, rolling to a 5 ½-length ... 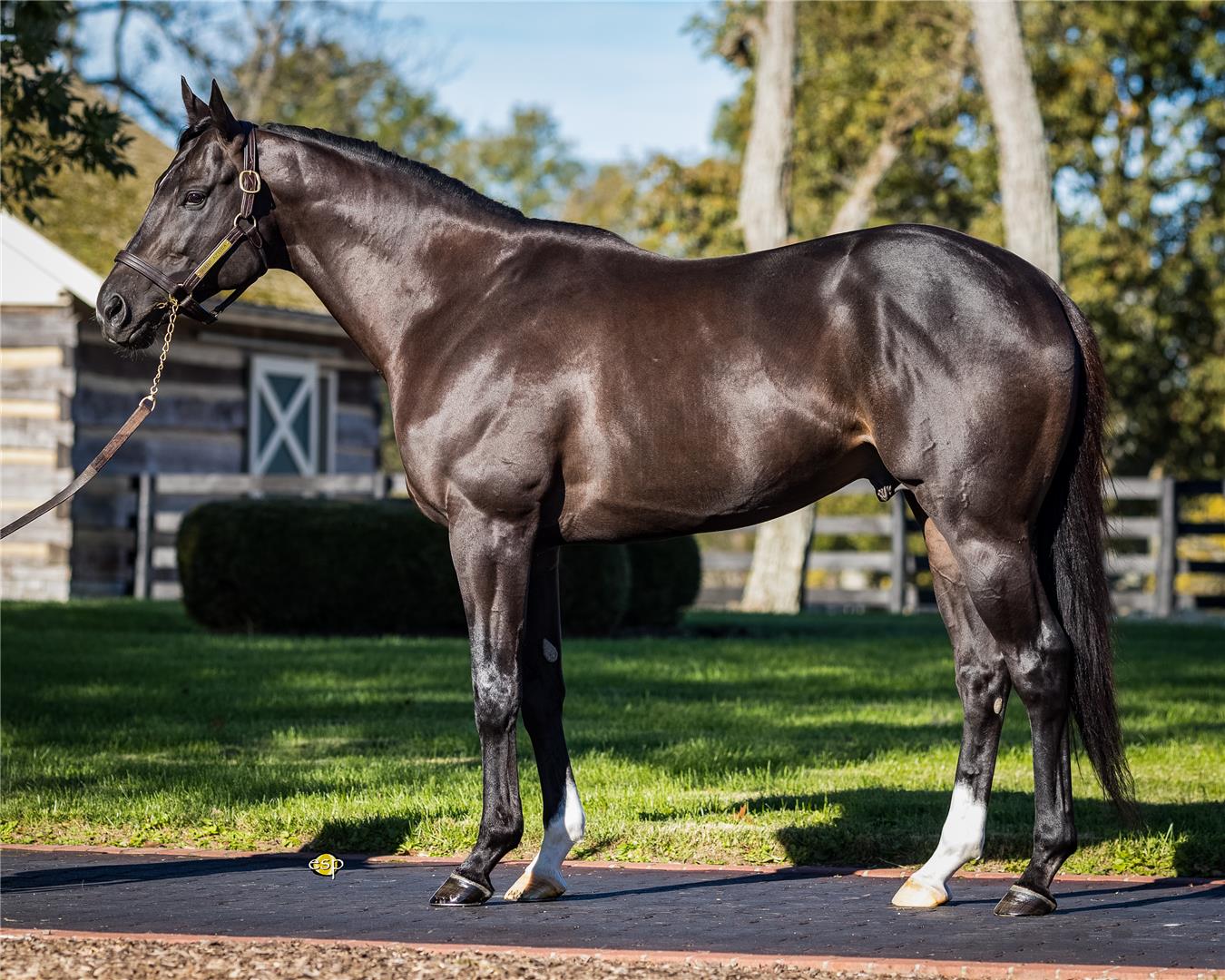 “Sharp Azteca is a spectacular grade one winning miler from the Storm Cat line. Sharp Azteca is off to a brilliant start to his stud career, and is the Leading Freshman Sire of 2022 by individual winners.

Sharp Azteca is by Freud a brother to Giant’s Causeway and they have both done well with mares from the Mr. Prospector line. The Fappiano branch particularly appeals here, and Sharp Azteca already has the brilliant multiple stakes winner, Tyler’s Tribe, out of mare by Mission Impazible and stakes placed Precious Meadow out of a mare by that horse’s sire, Unbridled’s Song. Other sources of Unbridled’s Song include Liam’s Map, Arrogate, Cross Traffic, Midshipman, Songandaprayer, Old Fashioned, Zensational, Even The Score, Dunkirk and Half Ours and Buddha.

Freud has stakes winning grade one performer Quick Little Miss out of a daughter of Unbridled, who could also be introduced through Broken Vow, Empire Maker (sire of Pioneerof the Nile and Bodemeister, grandsire of American Pharoah, Classic Empire and Cairo Prince) and Grindstone (sire of Birdstone). Giant’s Causeway has also enjoyed success when crossed back over Fappiano through Quiet American (who is also in Sharp Azteca, and who can be found through Midnight Lute), Cryptoclearance and his son, Ride the Rails (sire of Candy Ride, grandsire of Twirling Candy) and Rubiano (sire of Too Much Bling and Burning Roma).

Freud has a trio of stakes winners out of mares from the Forty Niner branch of Mr. Prospector, including from a daughter of Editor’s Note. This strain can be brought in through Distorted Humor (broodmare sire of two grade one winners by Giant’s Causeway, and sire of Flower Alley, Drosselmeyer, Jimmy Creed and Mclean’s Music). From a mare by Lemon Drop Kid, Freud has multiple stakes winner Lovely Syn, and he also has a stakes winner out of a mare by Kingmambo. Out of mares from other branches of the Mr. Prospector line Freud also has stakes winners out of mares by Good and Tough and Flying Chevron (both by Carson City, also sire of City Zip, Lord Carson, Five Star Day, Cuvee and Pollard’s Vision), Silver Ghost and Rodeo (by Gone West, who has also done well under Giant’s Causeway, and can also be introduced through Grand Slam, Elusive Quality, Speightstown – giving a well-placed inbreeding to Storm Cat –  and his son, Munnings, Mr. Greeley and Proud Citizen. Freud has multiple stakes winner Therapist out of a mare by Smart Strike (sire of Curlin, Lookin At Lucky and English Channel); and stakes winners out of mares by Mutakddim and his sire Seeking the Gold (also sire of Petionville, and Cape Town), Machiavellian (sire of Street Cry; grandsire of Street Sense and Street Boss), and Gulch and his son Thunder Gulch (sire of Point Given).

Danzig is a son of Northern Dancer, and Freud from other branches of Northern Dancer also has near $900,000 earner Hessonite from a daughter of Manila (by Lyphard). Giant’s Causeway has also sired a grade one winner out of a mare by Dixieland Band, the sire of Dixie Union (broodmare sire of a Freud stakes winner), Dixie Brass (broodmare sire of a Freud stakes winner) and Hook and Ladder.  Out of mares from the Deputy Minister line, Freud has multiple stakes winner Freudie Anne from a daughter of Toccet (by Awesome Again, also sire of Ghostzapper, Awesome of Course, Paynter, Daaher and Oxbow) encouraging daughters of Dehere (sire of Graeme Hall), Silver Deputy (sire of Badge of Silver, Posse and Spring At Last) and Touch Gold (sire of Mass Media and Medallist). Freud’s grade two winner Orange Nugget is out of a mare by Louis Quartoze (sire of Repent).

Sharp Azteca is out of a mare by Saint Liam, who is by Saint Ballado (a brother to Champion Glorious Song, the dam of Freud’s broodmare sire, Rahy). Freud has a graded winner out of a mare by Twilight Agenda, a son of Devil’s Bag – the brother to Saint Ballado and Glorious Song. Devil’s Bag is also sire of Devil His Due, Abaginone and Diablo. It could also be worth crossing Sharp Azteca back over mares other sons of Saint Ballado, who include Captain Bodgit, Sweetsouthernsaint, Yankee Victor, Straight Man and Flame Thrower. Halo could also be introduced through More Than Ready. Halo is a son of Hail to Reason, and Freud has graded stakes winning millionaire Lubush out of mare by Cure the Blues (sire of American Chance), from the Stop the Music branch of Hail to Reason. From the Roberto branch of Hail to Reason, Freud has stakes winners out of mares by You and I and Prized (both by Kris S., who is also broodmare sire of a Freud stakes winner, and who is also sire of Arch, Rock Hard Ten and Kissin Kris; and grandsire of Blame). This would also encourage trying mares from the Dynaformer (sire of Temple City and Point of Entry) and Red Ransom.

Freud has two stakes winners out of mares by Honour and Glory (sire of Put It Back), a son of Relaunch (also available through Tiznow and Officer). From mares by D’Accord, a reverse Secretariat/Northern cross to Storm Cat, Freud has sired grade one winner Franny Freud and grade two winner Fourstar Crook. D’Accord is a brother to Medaille d’Or, the sire of Tour d’Or. Freud also has stakes winners out of mares by Notebook, Wild Again, Lord At War.